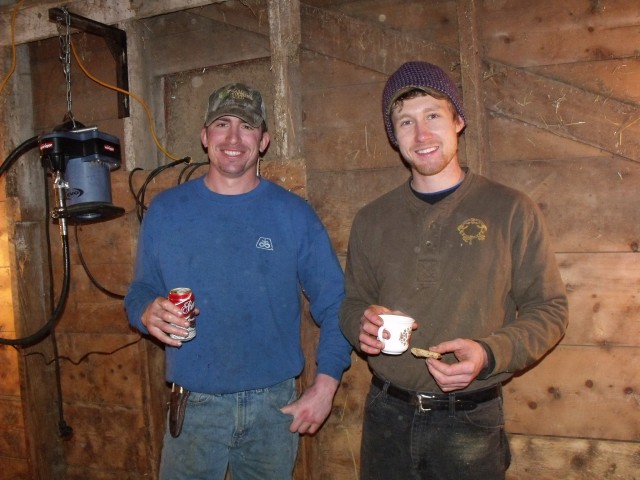 Clayton Callens and Luke Dougherty taking a break during the shearing of our sheep.

BEST SHEARING TEAM…….. Okay, so what if we are related right?  For those who don’t know us personally, Luke is married to our daughter Jessica and they have 3 of the cutest kids this side of the planet.  Clayton is our son and since he’s single, I can’t boast of any cute little grand children.  Both are hard-working, dedicated young men who work well together.

Not too long ago, Luke sheared our herd of ewes.  Clayton stopped over later in the day to help out. We thank them both, but mostly Luke, since he did most of the herd this time!

Since I only get to see the guys shear once a year, I was very surprised at how fast they had become.  Luke was actually “taking his time” since he  was on the home turf.  There was no need to hurry.   I would have liked to watch all day, but it was too cold for my taste.

Cael on his 4th birthday observes his father as he works, while sitting on a wool bag.

Cael came down to see his daddy hard at work and I wonder if he really understands that this is how his father makes a living.  Luke and Clayton travel many miles and get to meet some really unique people while shearing sheep.

There were 68 head of sheep done on this particular day.  We are gearing up for the next lambing season which should start on April 1; hope we have some good luck.  The following are photos taken during and after the shearing on Feb. 23.

Beautiful flock of shorn ewes. Great job if I may say so myself! 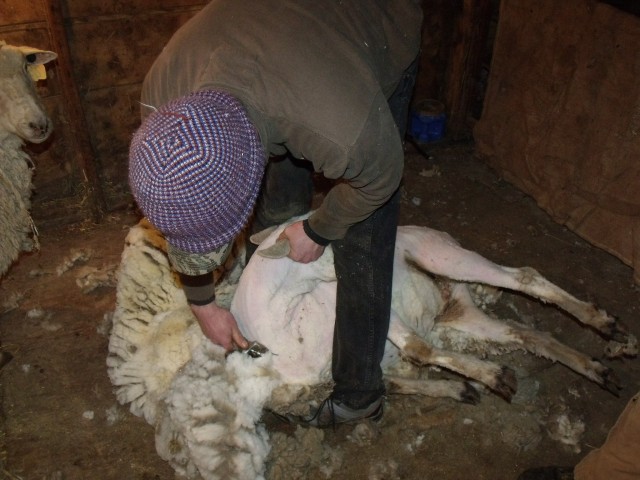 Luke and Clayton shearing while Caleb catches for them. 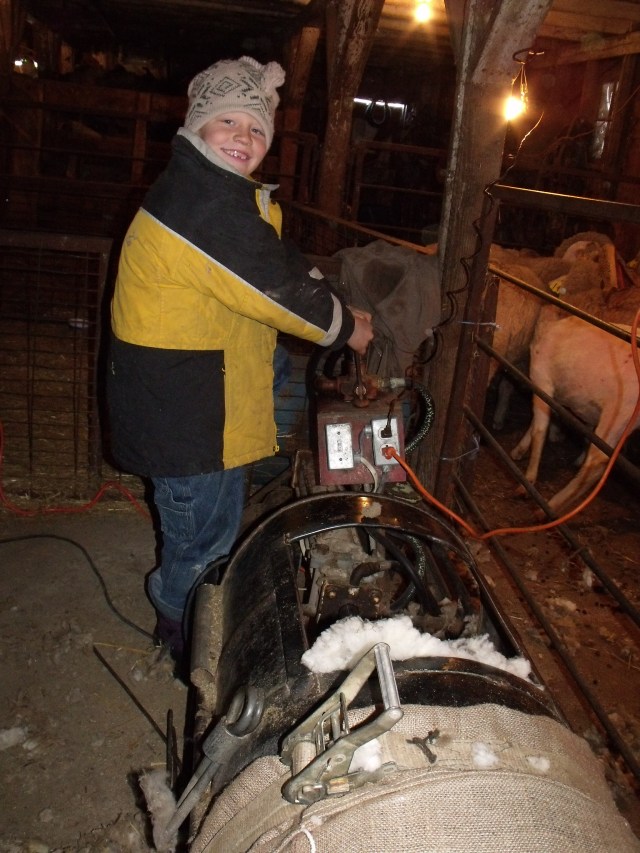 Mario looking pretty pleased as he gets to run the wool packer. 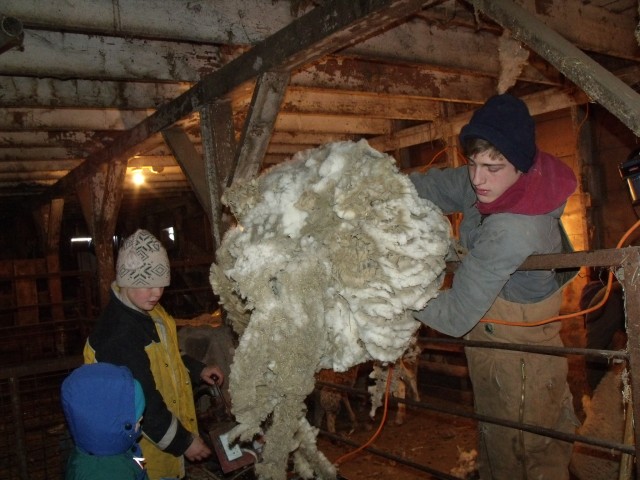 Caleb tosses wool into the packer. 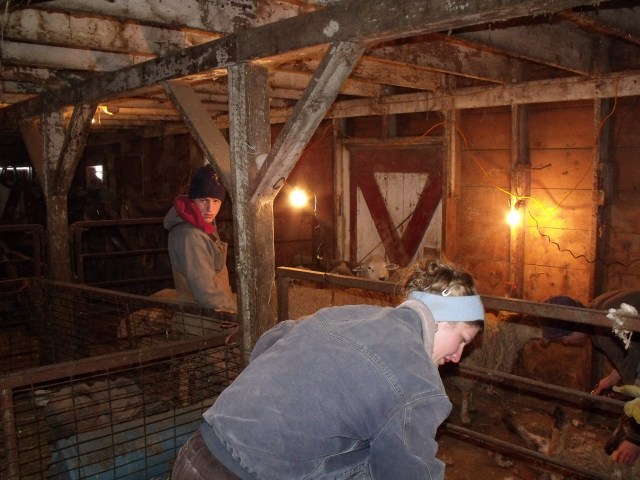 Marisa and Caleb inside the barn. 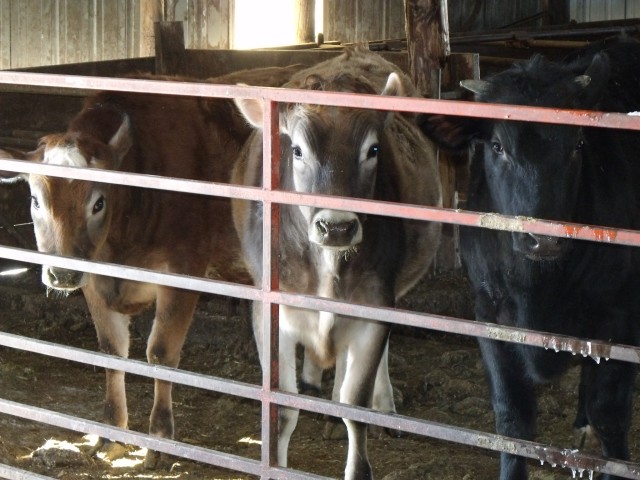 The beef seem to be saying, “glad it’s them and not us”, as they look on. 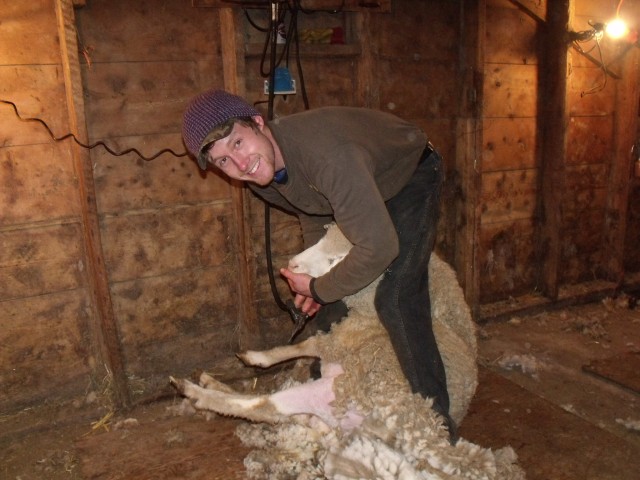 Service with a smile, what a guy…….our son in law Luke Dougherty. 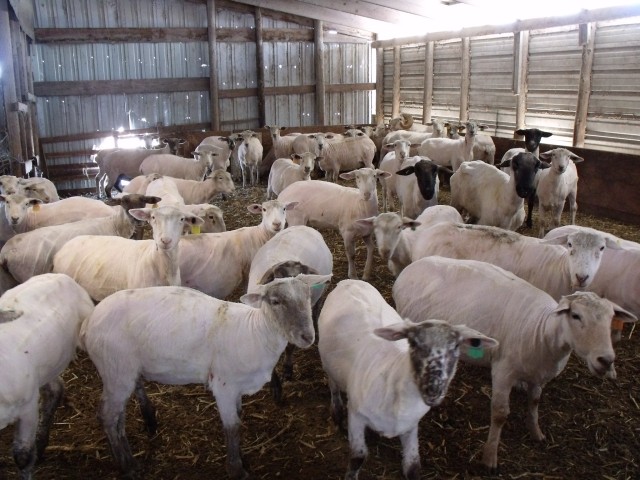 Beautiful are they not? They shivered at first but then became accustomed to the loss of wool:)

Sheep outside after being sheared. 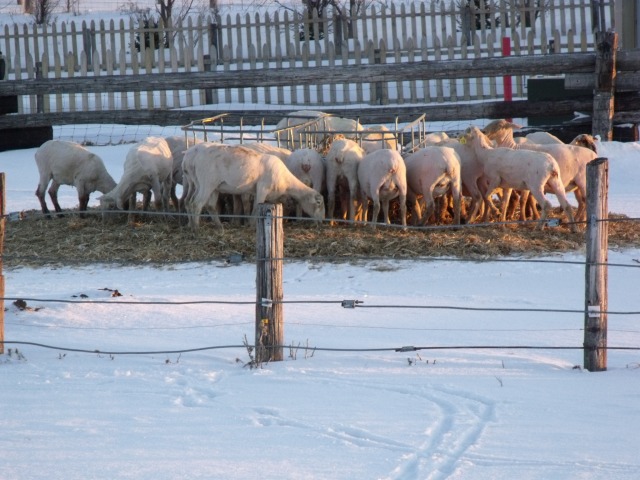 Out at the hay feeders.

Life is good by golly!

We live on a small family farm located in S.W. Minnesota, near the South Dakota border. The source of our honey is from white and red clover. The honey appears as liquid gold in color. Our honey is extracted using a hand cranked centrifugal force extractor. Then the honey is screened once into a holding container from which we later fill the small honey bottles. We do not heat treat the honey nor add any other ingredients. Pure and natural is our Minnesota honey! What could taste better?
View all posts by Callens Honey Farm →
This entry was posted in EVERY DAY FARM LIFE and tagged Clayton Callens Minnesota, Luke Dougherty, South Dakota Sheep shearers. Bookmark the permalink.